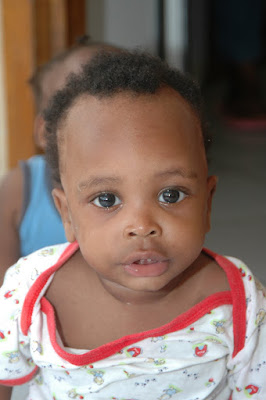 I write this post with deep gratitude. We were relieved to hear that our grandson's orphanage survived the Haitian earthquake, though like everyone else, they were affected by a lack of resources for food and water.

Jesse and Amy began the adoption process almost 3 years ago. They did not know if the adoption would actually come to fruition due to government regulations. The earthquake sped up the process. Yesterday Jesse flew to Orlando to pick up John Peter and returned home late last night.


Jesse and Amy have 4 other children: Emma, 8 years, Vivian (adopted from Haiti at birth) is 6 years, Tess is 6 years, and Liam is 10 months.
Posted by Susan Michael Barrett at 8:11 AM