I chose my word: smile. Oh, and I'm keeping a list of my laugh attacks. 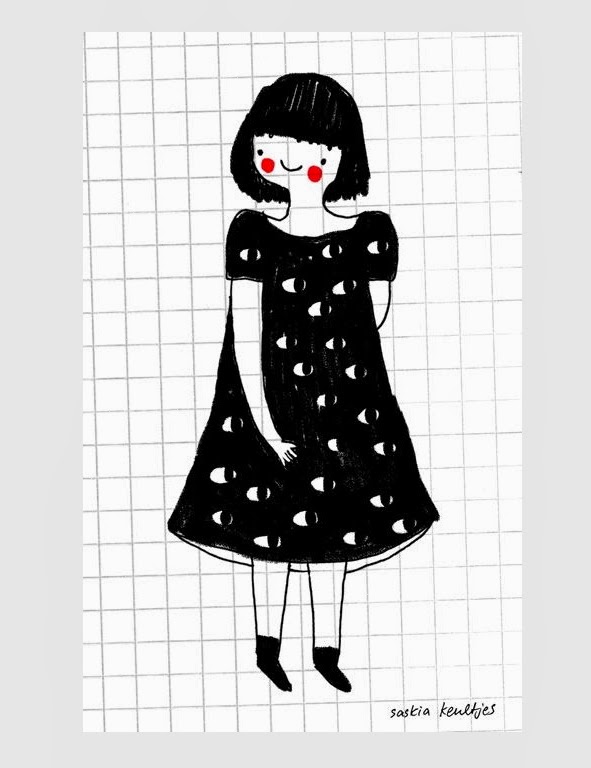 Saskia Keultjes, illustrator and gif nerd (see the eyes on this dress move).
Visit her website and shop. Find her on Facebook.

I’ve joined countless others and chose a word to guide my thoughts and actions for the coming year. It will be the how of what I think, say, and do.

My word is love (it’s always love) and SMILE. As in lift my lips up ever so slightly no matter what shows up. (This is one of the things I learned from Thich Nhat Hanh.)

I'm not suggesting stuffing feelings. (I believe feeling equals healing.) Rather, I want to practice feeling joy in experiences, to be glad I can see my plight and stay with it. (Perhaps a better word is ease.)

This page from my 2006 journal (after my son passed on) expresses what I mean: 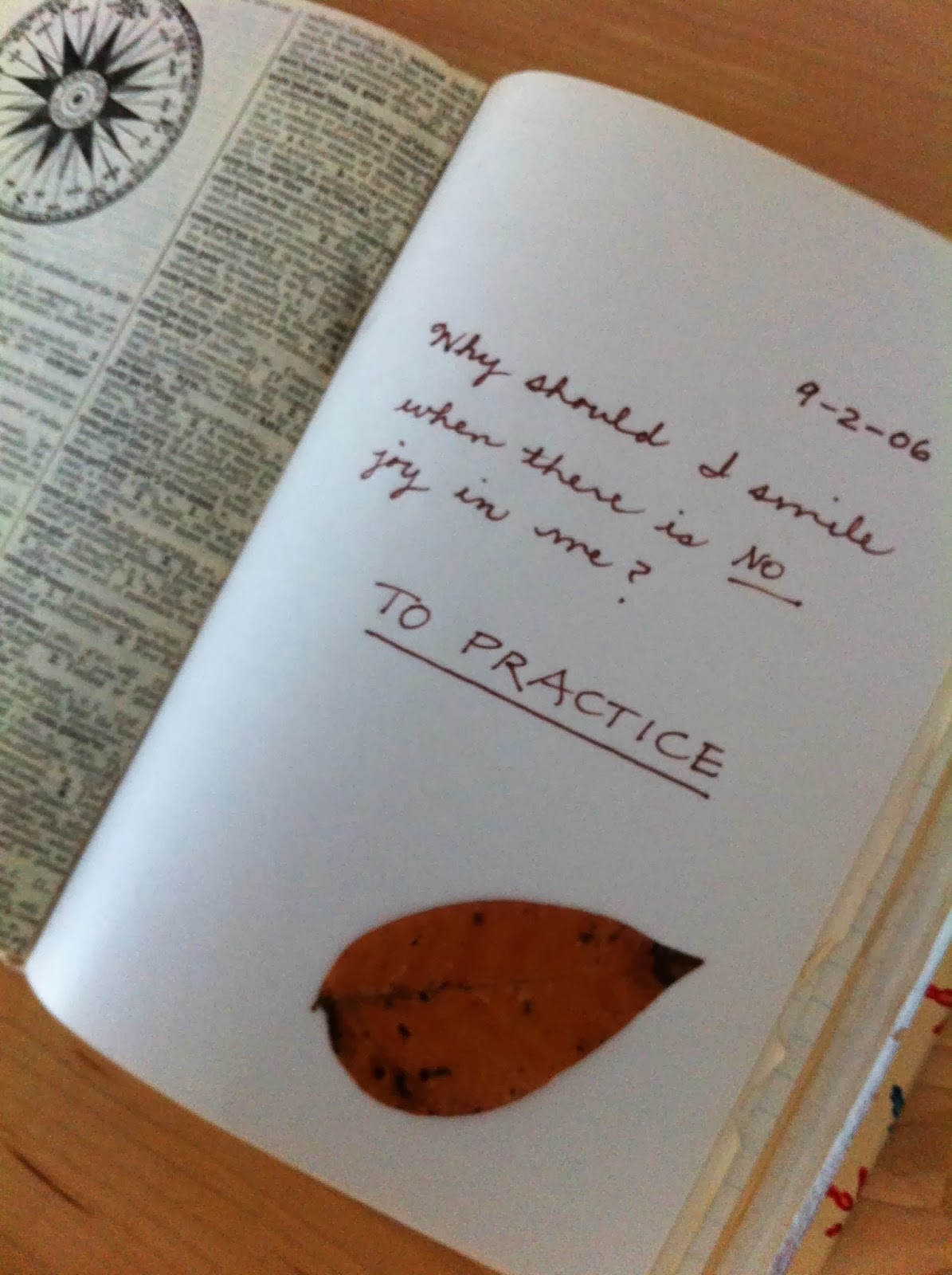 I want to consciously and more consistently practice smiling.

To extend this smile choice a bit I’ve also decided to keep a laugh attack journal to record the times when my smiles lighten up enough that I can laugh like the dickens.

Here's something I'll list as a laugh attack. It happened about 6 years ago.

Terry (partner) and I are traveling. (Honey, if you're here, this is too good not to share.)

Just before landing in Amsterdam, tired and eager to get out of the plane, I look over at Terry. He’s holding his glasses in his hands. They're broken in half in the middle at the nose piece. Fumbling, he tries to wear two monocles, each held on by one ear and unconnected in the middle. One lens is popped out.

I watch as he takes that lens and gently places it in his pocket. No words. Just that.

If that had happened to me it would be no problem. I’m not legally blind and without a backup pair of glasses and scheduled to do a public lecture in two days.

I want to blame my behavior on a lack of sleep. First, a quiet giggle and then all out laughter. I can’t stop laughing. Terry knows I’m not laughing at him, but this is not the least bit funny to him.

We do what we always do. Gather our luggage, take the train to the city, and head for our hotel. It’s located in midtown. We’re tired, and one of us is crabby. The other—she still can’t stop laughing.

Usually we walk to our hotel. But we decide to hire one of those bike cabs used for romantic street roams to enjoy the architecture and canals.

The cabbie drags our luggage (two heavy bags) to the back rack and plops them in. I get the first hint that this is a bad idea. Why we didn’t just take a car cab, I don’t know.

Terry and I are hunched and sitting real close in a rickety basket. I could kiss that one lens with no movement.

(I’m crying laughing as I write this.)

The cabbie gets pedaling. He’s breathing hard and visibly struggling and we’re headed for a steep bridge. About three-quarters of the way up, the cabbie is suspended in motion standing up with the pedals even. He’s trying with all his might but he can’t move us forward. We’re going nowhere.

I look over at one-eyed Terry and laugh as if I’d been storing hilarious for a year.

We get out and the cabbie walks the bike over the hill.

This is what I’m talking about.

Writing this reminds me that light-heartedness helps.

Now to calm down.
Posted by Susan Michael Barrett at 8:47 AM