A shift in perspective affects how I live with cancer 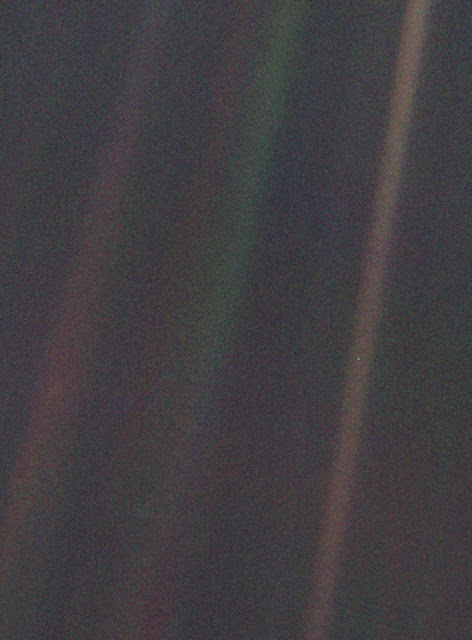 Today a friend asked me a question.

“Knowing your incurable cancer is stable,” he says and pauses, “and this might be too personal. But with your cancer, I want to ask what one thing do you think helps you?”

I pause for a moment before responding.

Of course, I have an excellent medical team and ceaseless well-wishes from others. He was asking if there was something else. There is.

This past weekend I saw the movie Another Earth. In it, the main character Rhoda, tells a story that explains what I mean. (You can listen to her tell the story by clicking here.) She says:

Do you know the story of the Russian cosmonaut?

So the cosmonaut—he’s the first man ever to go into space. He goes up in this big spaceship but the inhabitable part of it is very small.

He has this portal window and he sees the curvature of the earth. For the first time. The first man to ever look at the planet he’s from. And he’s lost in that moment. And all of a sudden, this strange ticking…is coming out of the dashboard. He rips out the control panel, and he tries to find this sound. To stop this sound. He can’t find it. He can’t stop it. It keeps going.

A few hours into it feels like torture. A few days go by with this sound and he knows that this small sound will break him. He’ll lose his mind.

What’s he going to do? He’s up in space. Alone. In a space closet. He has 25 days left to go with this sound.

Well, the cosmonaut decides that the only way to save his sanity is to fall in love with this sound. So he closes his eyes and he goes into his imagination and then he opens his heart. He opens his eyes. He doesn’t hear ticking anymore. He hears music.

And he spends the remainder of his time sailing through space in total bliss. In peace.

Though that story is fiction, what I notice is the change in perspective. That's what happened to me. I had a change in how I view my illness.

Have you heard the phrase “drop the storyline”? Pema Chödron often uses it.

It means that it doesn't really matter what happens--an irritating noise, an unhappy child, loss of a loved one, pet or home, a move, an illness. Upset, discouragement, despair, frustration, disappointment, fear. Basically, those feelings are all the same in a way and shared by humans worldwide. Those feelings bring us an opportunity to embrace a bigger possibility.

A possibility to change how to work with and learn from difficulties.

I cannot change what happens. However, I can change how I respond to my experiences and delight in the fact that I recognize what is happening.

Deciding to love my illness means that rather than see cancer as a monster, I embrace myself with gentleness. All of me, even my cancer cells.

That brings ease and space for new thoughts.

I now see my precious body and all of its wonderful qualities, including cancer, as an extraordinary coming together of phenomena that became the beautiful house holding the opportunity of my life. Simultaneously, I also recognize that eventually, all that coming together that makes "me" will dissolve in the same way that thoughts, feelings, and experiences come and go.

This narrow-angle color image of the Earth, dubbed 'Pale Blue Dot', is a part of the first-ever 'portrait' of the solar system taken by Voyager 1. The spacecraft acquired a total of 60 frames for a mosaic of the solar system from a distance of more than 4 billion miles from Earth and about 32 degrees above the ecliptic. From Voyager's great distance Earth is a mere point of light, less than the size of a picture element even in the narrow-angle camera. Earth was a crescent only 0.12 pixel in size. Coincidentally, Earth lies right in the center of one of the scattered light rays resulting from taking the image so close to the sun. This blown-up image of the Earth was taken through three color filters -- violet, blue and green -- and recombined to produce the color image. The background features in the image are artifacts resulting from the magnification.


Posted by Susan Michael Barrett at 10:17 AM