Mister Rogers and Mariclare Barrett, a friendship: a puppet show for Nick and QB 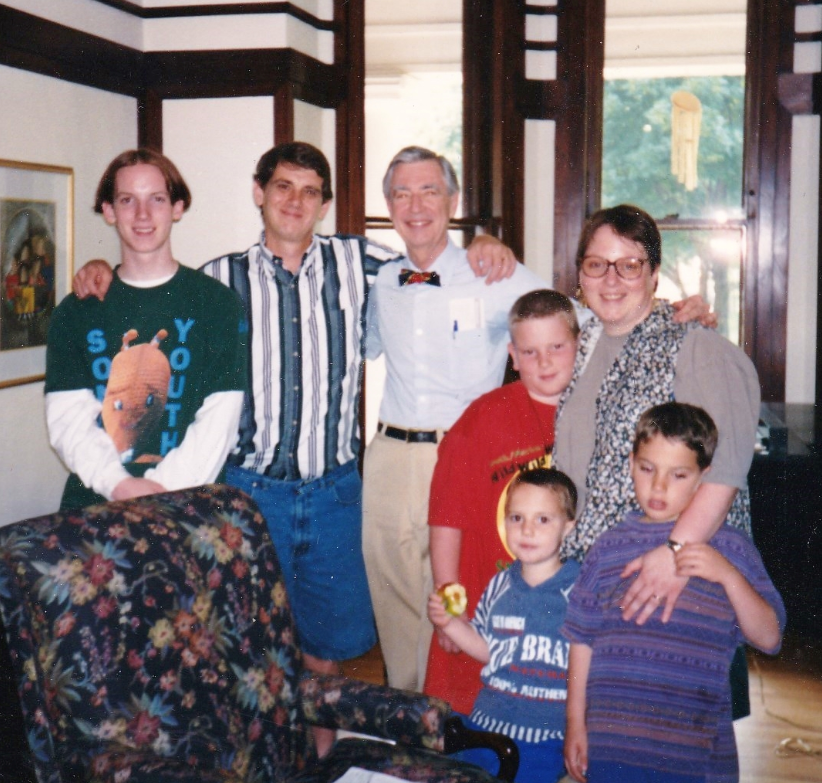 This is the last in a series of stories about Mariclare Barrett's special friendship with Fred Rogers (Mister Rogers). The first story is here, the second, and third. Mariclare (Clare) is my husband Terry’s sister. (Clare has metastatic breast cancer, so when she visited recently, we made audio memos as a way to begin documenting memories.) Clare and her former husband had a close friendship with Fred, a friendship that began in 1982 when they interviewed him for an article in their magazine, Vegetarian Times. Their friendship continued until Fred's passing in 2003. The unedited audio is about four minutes. It's titled, A Puppet Show for Nick and QB. The text of the audio follows.


We were meeting with Fred in a hotel in Indianapolis. He was doing a program for children and we came the night before.

It was always hard to go out with him. Fred could never go anywhere without being stopped because he was so loved and recognizable. Everyone wanted to say hello and thank him for his work with children.

Fred said that a lot of foreign immigrants stopped him to say that they were able to learn English by listening to his programs because he spoke so slowly and distinctly. They could follow his language and the pictures and the illustrations of what he was talking about.

So when we were together, he didn’t like to go out unnecessarily.

We didn’t go to restaurants even though it would have been the logical thing to do when visiting him. As a consequence to that, I packed picnic lunches and dinners, portable meals.

For this visit, our family had a hotel room with a bathroom. We laid out the picnic on the bed and enjoyed it together. Fred liked to eat good food. He was always very appreciative of a meal.

Fred carried his puppets in a suitcase with him when he made an appearance. So after our picnic he brought them out: King Friday 13, Queen Sarah Saturday, Daniel Striped Tiger, X the Owl, and Lady Elaine Fairchild. My children were amazed and delighted to see the puppets.

So Fred took the suitcase into the bathroom with Nick and QB who were eight and seven years old. He got into the bathtub! He put the puppets on his hands and made them come up above the rim of the tub as he did the voices. He told stories that included my boys. They were amazed and delighted to see the puppets from the neighborhood-of-make-believe and have their own little private showing. It was so great because it was just the same as the television show.

Fred said the characters had been with him for a long time. Each character was an aspect of his personality and expressed interactions and dynamics that he was familiar with. He performed things that he thought would help children in their relationships.

In the bathtub, it was hilarious.

NOTE
Mariclare died September 6, 2015 after an extended illness.
Posted by Susan Michael Barrett at 12:00 AM