Do you know what your name means? 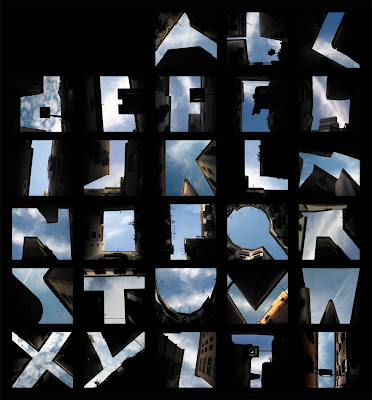 Type the Sky. Lisa Rienermann, illustrator.
She uses the silhouettes of buildings as seen from below to create a photographic alphabet. Our names are a collection of letters that form words with meaning.

I first experimented with a name change in third grade. I told my teacher that my name was not Susan or Sue. I said, “Call me Suey. My parents want this.” (A lie. They had no idea.) So my teacher wrote a note home to verify this request.

I recall my Mom’s response: “Suey? Is that a good idea? That’s the word they use to call the pigs in when it’s time to eat.” She had a point.

Not that I don’t like pigs. I love them.

It’s common for kids to experiment with new names. I taught my daughter Erin for three years. During that time, I remember she asked me to call her Lesa for a few months.

And then I asked a group of preschool-aged kids this, "If you could have picked your own name what would it be?"

Some kids respond immediately. Some want to think about it.

(I let out the biggest ohmygosh amazement sigh.)

When I chose my new middle name, I didn’t know that Susan means “lily.”
My idea of a name change arose first while I was in college and more seriously about 17 years ago after I’d gone through some life changes.

I changed my name in celebration of my new self.

I liked the name Michael and even gave it to my son. I chose it because it was the name of a woman I knew of (though not personally) who I saw as generously philanthropic, confident, independent, and caring. It was a perception of her and a view of myself I wanted to embrace.

I didn’t look up the meaning of Michael, which I now know means, “who is closest to God” and “who is like God”—which I take to be a rhetorical question, not a definitive description. Michael is called the patron saint of soldiers. I choose to interpret soldiers as spiritual warriors. I like thinking of my name as a reminder of staying connected to a greater something.

I acted on my name change after I saw an image of St. Michael while visiting The Los Angeles County Museum of Art with Terry. Terry’s middle name is also Michael so I thought it was time.
Cheryl Strayed, author of Dear Sugar and Wild, reveals that Strayed is not her given name. In Wild she writes about her name change process:


I [could not] go back to having the name I had in high school…Nothing fit until one day when the word strayed came into my mind. Immediately I looked it up in the dictionary and knew it was mine. Its layered definitions spoke directly to my life and also struck a poetic chord: to wander from the proper path, to deviate from the direct course, to be lost, to become wild, to be without a mother or father, to be without a home, to move about aimlessly in search of something, to diverge or digress. I had diverged, digressed, wandered and become wild…I had strayed and that I was a stray and that from the wild places my straying had brought me. I knew things I couldn’t have known before.

Today I wonder if I’d choose a different name. I like Michael. Still. I also like the Cherokee name, “Ahyoka” which means, “She brought happiness.” I'd like to live with that aspiration. Or maybe I’d choose Sky. That would work: Susan Sky.
Posted by Susan Michael Barrett at 2:44 PM